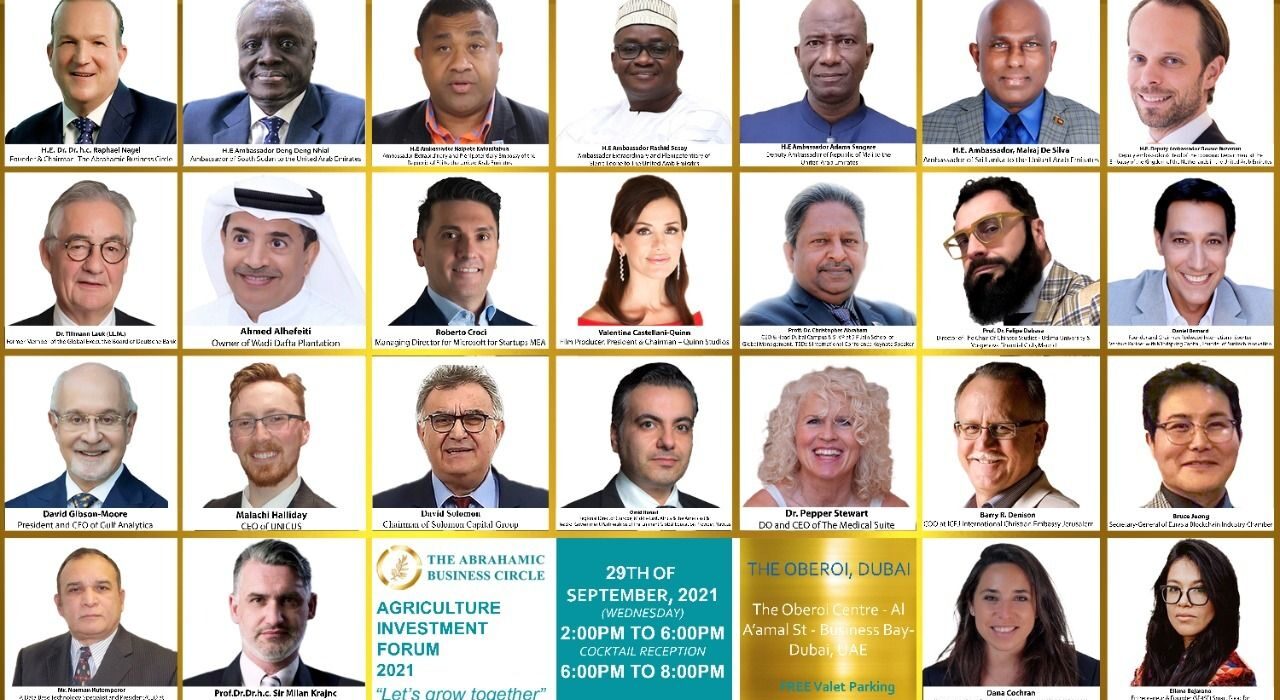 “How Investment looking up in the recent innovation in Agriculture?” the main topic for the panel discussion, to be discussed by prof.Dr.Dr.h.c. Sir Milan Krajnc, IAMA FRSA KMFAP FRAS IPA MRSAI FRAI at THE ABRAHAMIC BUSINESS CIRCLE Agriculture Investment Forum 2021 “let’s grow together” on the 29th of September 2021 at The Oberoi, Dubai.
We have talked a lot in recent months about changing the system of the ruling countries, but as long as we do not change our personal habits, we will not change anything in the long run. Therefore, it is not enough to talk and write about such changes. It means that even psychotherapy would not help, because the patterns are too deeply imprinted for generations. In such a case, however, occupational therapy would help.
Considering that in the last few months the necessity and especially a lot of talk about food self-sufficiency has come to the fore, we could in some way continue this rhetoric, which could also become a propaganda apparatus, to renew the whole country or even the region.
Because when we talk about self-sufficiency, it means that we have to start growing our own food, which is a kind of ritual. It means that the basic need for food forces us not to be hungry, so that we gradually prepare for a different way of life, so that we receive information from outside that we have to change something about ourselves if we want to survive.
So if everyone would start directly with food self-sufficiency, they would all change their habits.
In such a case, the state could support this to the maximum and thus do the most for the whole nation. It would teach him to survive, teach him new habits (healthy – simple), change his daily routine, encourage his creativity and train patience, so that people would calm down a bit and above all increase self-responsibility and self-confidence.
Here, however, we have to make sure that it is not just an instant agriculture with accelerated chemistry, but that it is a process. We will see later where this has led Instant Farming us.
We need a kind of agriculture that is slow, and with that we are also slowly getting used to something else.
The solution can be found in French-speaking Switzerland, in Germany, Austria and Luxembourg, which may also indicate their order and success. I am talking about Biodynamic Farming.
The process of converting agriculture into Biodynamic Agriculture farming takes seven years. It is therefore a process that also changes psychological patterns.
… he will talk about it in Dubai. Welcome! 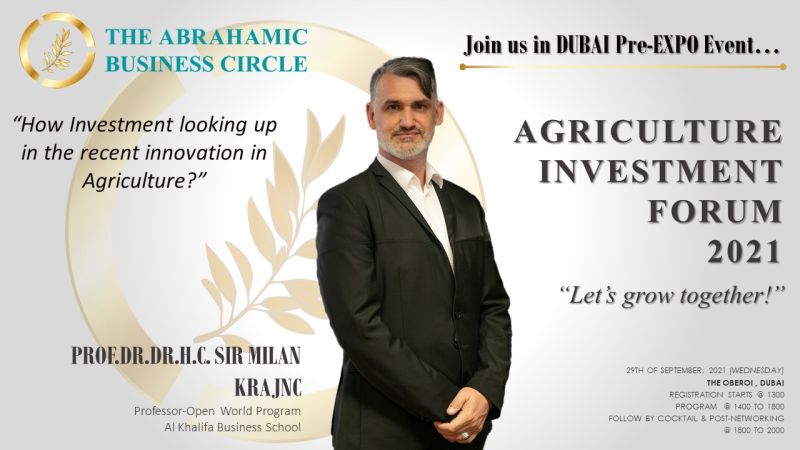 Milan Krajnc: pedagogue, entrepreneur & crisis manager
I teach you to look “at yourself” as a third person. For more information or an introductory meeting, write to me at official@milankrajnc.com