For the superb everything they feel is right

Ddr. Milan Krajnc > Dynamic Leadership Model > For the superb everything they feel is right

The hunter who was better prepared always caught the best prey, and so he is among the entrepreneurs today.

Today, the entrepreneur is even more equated with the old hunters, because before the time, hunters did not become prey through their shackles like entrepreneurs; but they had to improve their qualities every day; physical fitness, technique, concentration… and that is still the case with entrepreneurs today. An entrepreneur must be in the best psycho-physical condition, master different ways of communication and have different skills… because only with his top qualities can he get the best prey.

Top entrepreneurs have quickly realized that the more they invest in themselves, the better the return on investment will be on the market. This means not only that they will make better deals, but also that they will be able to identify the right business opportunities in the market and choose the best investments.

And what separates an entrepreneur and an investor?

Basically, both do the same thing, the investor works exclusively for himself and does not burden himself with the environment, although he does top performance for the environment that is only particularly important to him. An entrepreneur, on the other hand, works to a high degree in such a way that his environment notices him. One could say that the investor listens to himself and follows his inner voice, or, as it is expressed in modern terms, “follows his heart”. The entrepreneur, however, turns in the way the majority turns.

In my work two years ago I met a person who is a top investor.

Normally, people turn to me when they want to solve a problem. But she showed up with the desire to become even better. At first I thought about how he could come to me to deal with crisis management, to be even better, how I could help him at all. In fact, she saw more in me than I saw myself. With the step of working together she gave me a new dimension, a new width. So in the end I no longer knew who needed whom more.

She knew that I had to fight with the biggest crises, which meant the use of first-class psychological “tools”, and she saw in it her chance to rise to an even higher level of performance. 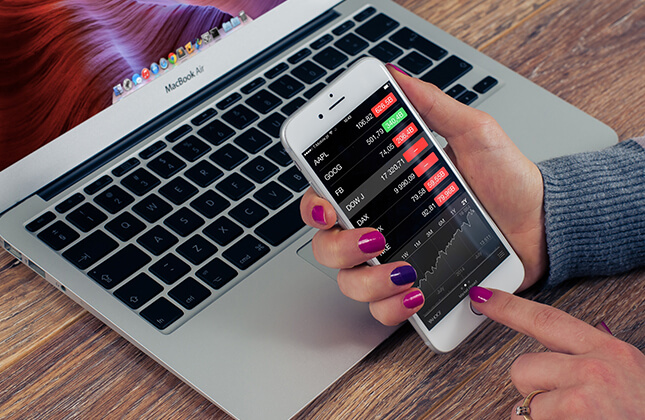 I realized that if he wants to take an even bigger step forward or to achieve even higher achievements, he has to start working in his depth. That means getting to know himself even better. It means that our outer world is a reflection of our inner world. That is why I taught her what all the outer signs mean, what messages she receives and what this now means in her inner world.

In this way, she became aware of her psychological patterns, which in some ways hindered her personal growth and development. With awareness, however, she made faster progress in her personal growth. Suddenly she became a much more stable person with less meditation, the “big” problems so far suddenly became “small” challenges. A whole new world opened up to her and she realized that she could give the world much more than just new jobs, business opportunities, new environmentally friendly products… now she can set an example to the world. A different way of life.

She realized that she did not need to talk much, that she was simply living what she felt and that there was a much stronger message to the people around her than writing or telling them anything. Her exemplary messages brought about a lasting positive change in people, and her written and spoken words became “healing”.

This is how I found out for myself that my crisis management tools can be great, so that the better ones can become top performers.

After all, the biggest mistake entrepreneurs make is to put business goals first. First, a personal goal must be set, and then business goals must support a personal goal. However, we can only do this if we first get to know ourselves well and then link every step we want to take personally or in business to a specific goal. This means that there are no more wrong steps, we do not waste time and no additional energy, least of all money, because every money invested is also a return on investment.

Investors do not think about whether something is right or wrong, whether they will earn something or not… for them everything they feel is right.