I just came back from Monaco, where I gave a lecture on intuition, where I stand next to an explanation of how it works. A bit like a joke, I told some of them to show me a picture of a person I certainly do not know and I will tell them everything about that person in relation to her. There was a lot of enthusiasm because they saw it as a supernatural ability. Basically, I wanted to comfort them that each of us knows that only a good intuition has to be developed. And so I also heard here that I am a mentalist. I never saw this film or series, as I later realized, so I read something about it.

However, years ago I decided not to take courses for it, but to teach people individually to recognize “opponents”.

Namely, that in the future, the best guides who have developed to the maximum their qualities that we have “forgotten” over the centuries… I mean self-healing, telepathy, recognition of the qualities of the enemy… knowledge, acquaintance… all these will still be a condition, but this invisible knowledge, which is also difficult to explain but easy to see or feel, will be what will make the best, first class.

Out of this I have made the program “PATH FROM THE VICTORY”, where I have completely reset the physical, intellectual, emotional and spiritual body in an intensive training of 10 to 21 days. And then I put the person together completely new, without the addition of “garbage”.

Namely, that we do not really see or feel just because we have too much unnecessary information or we call this psychological garbage.

However, this does not mean that you can read everything now. This is the basis for your intuition to gain more power, it means that you believe in yourself more and more! This in turn means that you begin to see, also the invisible part of the human being, his energy field, which is only a reflection of the inner being, perhaps also ours in others.

If you also want to read, then we will concentrate on the study of personality structure, through transactional analysis and explanation of the connection between physiognomy and character, through physiognomy, and finally how to maintain it through the method Sirius Personal Transformation.

And after such education and training, actually everyone knows how to read from a facial image and perceive a possible future. 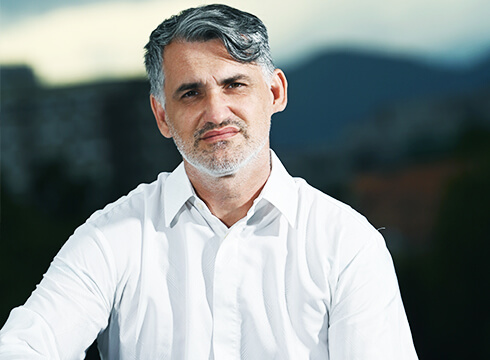 Learn more about the program at www.Winner.Camp. If you would like to become a MENTALIST, please contact us by e-mail at dr@MilanKrajnc.ch

The purpose of the book is to present a dynamic leadership model, which in more than a hundred cases has proven to be a great way to get out of business and personal crisis and how to overcome difficulties without even going into crisis